A basic reparation obligor is not required to pay PIP benefits for incurred medical expenses directly to an insured unless the insured has actually paid the medical expenses for which he seeks reimbursement. The MVRA allows for the basic reparation obligor to reimburse the insured for money spent out of pocket or to pay the medical providers directly.

This case changed the analysis for priority of UM (and presumably UIM) when there are competing policies of insurance that may apply. Previously, the analysis was strictly based upon the policy language contained within the policies to determine priority as in Hamilton Mut. Ins. Co. v. U.S. Fidelity & Guar. Co., 926 S.W.2d 466 (Ky. App. 1996). However, following the Kentucky Supreme Court's ruling in Kentucky Farm Bureau Mut. Ins. Co. v. Shelter Mut. Ins. Co., 326 S.W.3d 803 (Ky. 2010) that the liability insurance policy on the vehicle involved in the accident was primary as a matter of law, many had applied the same rationale in the UM/UIM setting.

In this case, the Court of Appeals determined that the UM (and presumably UIM)  policy of the injured person is primary as opposed to the policy on the vehicle that he or she was occupying.

The Kentucky Supreme Court has accepted Discretionary Review of this case and Oral Arguments are scheduled for August 13, 2015. Upon acceptance of discretionary review, the opinion of the Kentucky Court of Appeals was depublished by operation of law pursuant to CR 76.28(4). 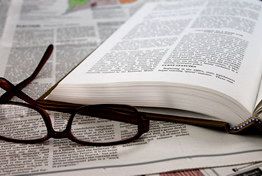 Fill out our email form